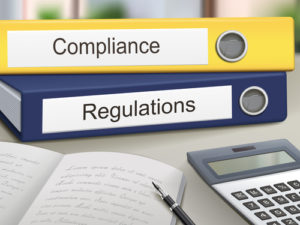 The National Conference of State Legislatures reports that regulatory reform will be a part of an expected Congressional infrastructure program.  Kristen Hildreth notes a recent report underscoring the urgency of the investment.

The U.S. Society of Civil Engineer’s Infrastructure Report Card gave the nation a cumulative D+ for its infrastructure, with grades ranging from a B for rail to a D- for transit.

In addition, she reports that the president has called for a $1 trillion infrastructure package. While stable funding for such an effort is an obvious necessity, lawmakers also recognize the importance of efficient and effective spending, she writes.

Infrastructure projects, from conception to completion, is not an overnight process. It often takes months, if not years, to complete the regulatory review processes. Many lawmakers and other officials have recently lamented this and highlighted their desire to simplify this system, while also ensuring the protection of the environment and public interests.

The 2017 Infrastructure Report Card by the U.S. Society of Civil Engineers describes the problem.

Our nation is at a crossroads. Deteriorating infrastructure is impeding our ability to compete in the thriving global economy, and improvements are necessary to ensure our country is built for the future. While we have made some progress, reversing the trajectory after decades of underinvestment in our infrastructure requires transformative action from Congress, states, infrastructure owners, and the American people.

So far, the update for the state of Washington is not available on the USCE website, which still links to our state’s 2013 report card.

NCSL reports that, although still in early stages, Congressional leaders appear to be looking to states for cooperation on regulatory policy to address infrastructure quickly.

This issue was front and center during a hearing May 3, Infrastructure Project Streamlining and Efficiency: Achieving Faster, Better, and Cheaper Results, held by the Senate Environment and Public Works Committee. Committee Chairman Senator John Barasso (R-Wyo.) called for additional streamlining for state departments of transportation to focus more closely on delivering infrastructure projects, while also encouraging regulatory reform to ensure rural areas do not face the same requirements as urban centers.

Washington is well-positioned to take advantage of any new federal infrastructure spending. In March, we wrote about an important new partnership developed to promote new investment.

Washington needs some $190 billion in infrastructure improvements over the next 20 years and must be ready to take advantage of any new federal program to help rebuild them, a coalition of business and government groups said Monday.

Fortunately, the benefits are also significant, according to the report. Funding to meet Washington’s infrastructure needs would create an estimated 600,000-660,000 direct and indirect jobs.

Making sure the state is able to capitalize on any new investment will likely also include steps to make sure regulations are coordinated and streamlined so as to avoid unnecessary impediments. As we note in the 2017 update to our foundation report, Washington’s regulatory regime often hampers development.

Over the decades, Washington has added new regulatory systems intended to protect the natural and built environment. That said, the Pacific Research Institute ranks Washington No. 42 in regulatory burden on a scale that has No. 1 as least burdensome. This is reflective of regulatory regimes that often do not fit well together, multiple layers of regulation, and requirements that contradict one another in intent and practice.

Indeed, in 2015 the Washington State Auditor’s Office found that “Washington does not have a strategic approach to identify and prioritize new opportunities for . . . multi-agency coordination.” Regulating agencies should follow the Auditor’s recommendations and work toward better coordination with one another as well as greater predictability to reduce the cost and delay of regulatory compliance.

Regulatory compliance raises the cost of developing facilities and operations.

We would welcome federal infrastructure investment and appreciate the developing link between funding and regulatory policies that work to guarantee that the investments translate smoothly to completed projects.