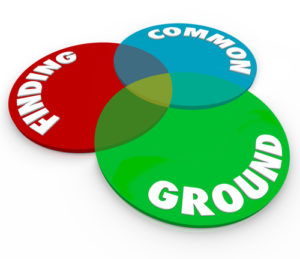 Although it’s been called an apples-to-zucchinis exercise, the budget debate has now turned to comparisons between the House and Senate budget plans. With passage of the House Democrats’ budget expected this week, the two spending proposals are getting deserved public scrutiny.

The Association of Washington Business also has a post on the House budget, with a focus on the tax proposals.

The myriad of taxes proposed, including a capital gains income tax and a business and occupation tax increase among others, rise to more than $7 billion over four years.

Democratic budget leaders said the additional tax collections would mainly go toward K-12 education – $7.1 billion over four years, according to a press release.

According to the Tax Foundation, everything from day care and hospital care services to salmon protection, testing and labeling to insurance would be taxed under the Democratic proposal.

And, the capital gains income tax could ensnare small-business owners whose life savings is wrapped up in their business.

The differences in approach are stark, as Republican leaders emphasized in a press conference. The Washington State Wire reports,

The Senate Majority Coalition Caucus’ budget proposal passed through the Senate Tuesday morning, and GOP leaders shared some of their criticisms of the Democratic proposal at their regular press conference that day.

The two budget proposals on the table are vastly different from each other and reflect not just a party divide, but a city versus rural divide. Republicans’ budget would draw revenue from a levy swap that would increase the property tax rate in property-rich districts (mostly cities) and decrease that rate in property-poor districts. Democrats’ seek revenue for their budget through a capital gains tax and by making changes to the business and occupation tax code.

Noting the differences, the Columbian editorial board urges the parties to meet in the middle.

In summary, the two plans leave a cavernous gulf that provides plenty of room for meeting in the middle. So allow us to begin pushing both sides toward that divide.

The editorial offers some suggestions concerning tax policy and collective bargaining and concludes,

For now, the two budgets appear as if they came from different states rather than different parties. In the end, it is certain that neither side will get everything it desires, and that will provide the best possible outcome for Washington residents.

That’s a conclusion we were pleased to see echoed in the Washington State Wire story,

At the end of the conference, [Republican Rep. Matt] Manweller closed with apparent optimism on a potential compromise.

“Despite the occasional rancor each and every year we have gotten a step closer to meeting McCleary and we’ve done it right on time,” he said. “So yeah, politics is sometimes messy, but we have incrementally solved the problem that the voters sent us here to solve.”

We might add, sooner would be better than later.