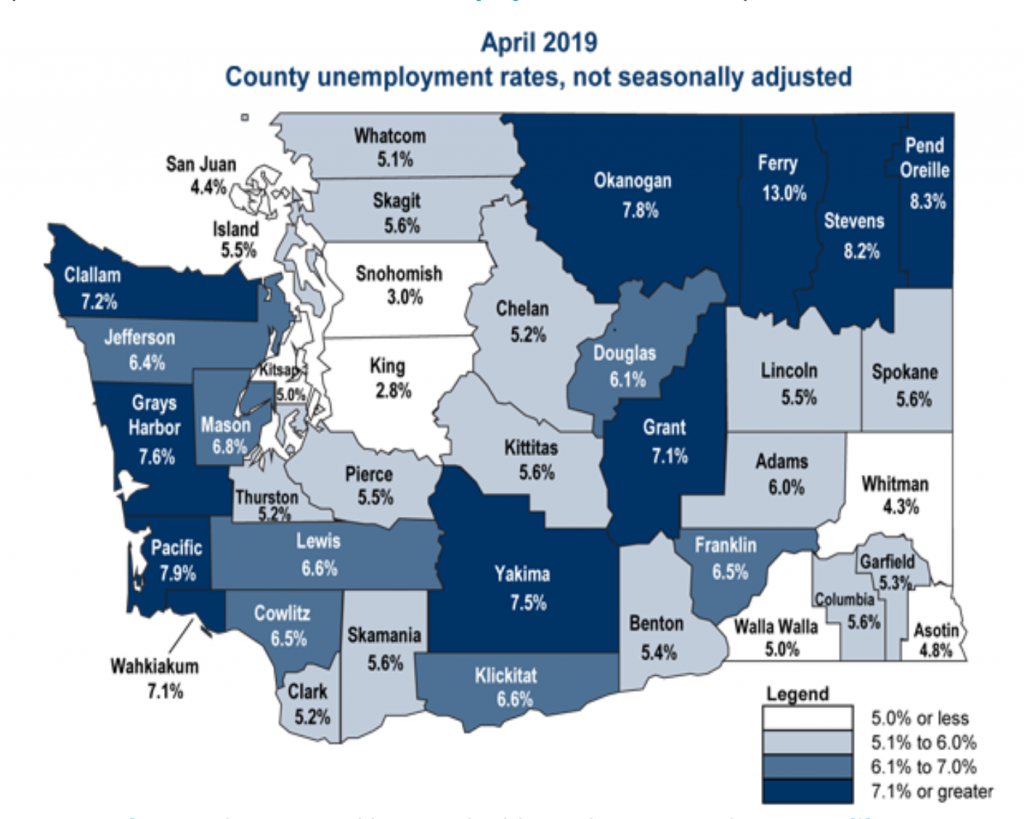 Washington’s economy ranks among the strongest in the U.S. As we’ve written, three of the nation’s top 30 metropolitan areas are here. WalletHub says we have the nation’s best state economy. And the state’s post-recession budget recovery is fifth-best in the nation.

So it got us thinking that it’s been a while since we checked in on the state’s disparate economic regions. As the map above shows, ten of Washington’s 39 counties have unemployment rates of 7.1 percent or higher. Populous King County, with a 2.8 percent unemployment rate, and Snohomish County, 3.0 percent, explain the overall low statewide rate.

The urban-rural economic divide, while lessened during the recovery, continues.