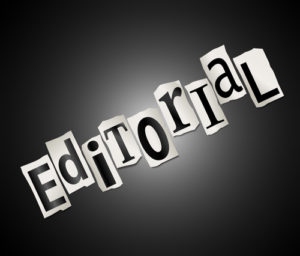 State legislators come in for some editorial board criticism for failing to complete budget work on time.

The Spokesman-Review writes, Lawmakers must stop posturing, start negotiating. After a quick review of the budget challenges known to all before the session began in January and the political impasse in Olympia, the editorial concludes,

On Friday, Gov. Jay Inslee said he’s done everything short of waterboarding to get the two sides to negotiate, but that kind of pressure was needed long ago. The Legislature has been in contempt of court over education funding since 2014. Instead, the governor has pushed his own unrealistic proposals.

At the end of the last legislative session, where a similar standoff occurred, it should’ve been obvious that the Legislature needed a framework for a final education deal before the next session began. For whatever reason, that didn’t occur. At this point, it doesn’t matter.

So stop the dueling press releases, quit searching for future campaign sound bites and get to work. The only developments coming out of Olympia should be ideas about compromise.

Now that would be news.

The Seattle Times hit lawmakers in two editorials. First, they gave the Legislature a report card. Filled with Fs and Ds – one B, for effort – t’s not one you’d want to bring home to your parents. The improvement plan:

Detention, in Olympia, until the work is finished. At risk of expulsion.

Then, they followed up with a sharp critique of all the major players in the Olympia fiscal play. The editorial faults House Democrats for a budget built on unrealistic taxes that fails to address local levies. Senate Republicans are dinged for not putting enough revenue behind their plan, proposing too many cuts in social services and early education and putting their levy-swap proposal to a public vote in November. And the governor is faulted for putting his ability to moderate a compromise at risk by appearing too partisan. There’s more. They conclude:

We’ve seen this B-movie script before. End the theater. Compromise. Get to the negotiating table. Washington’s students are waiting.

Unfortunately, many observers believe the differences – philosophical and fiscal – between the approaches the two chambers’ budgets will not be resolved quickly. Expect more waiting.