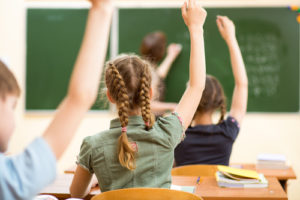 It would be best for all concerned to let this be the last chapter in the saga. Let the decision stand and focus on improving public education for all students, those in traditional public schools and those in charter public schools.

NOW that a King County Superior Court judge has ruled that Washington’s charter-schools law is constitutional, the detractors of this promising education approach should stand down…

The Washington Education Association and its coalition partners who filed suit against Washington’s charter-schools law should spend its money and attention on improving education and helping all teachers rise to their potential in the classroom. An appeal to the Washington Supreme Court would just be a waste of time and taxpayer money.

A spokesman for the Washington Education Association said Friday that opponents are not sure if they will appeal, and they may direct their efforts to the Legislature. The best course would be to get out of the way and allow the still-limited charter school experiment — only eight charters operate statewide, with three more scheduled to open next fall — conduct their mission under the oversight of the charter schools commission. Many of the schools target low-income and minority students, whose academic performance lags behind their peers in our current system.

The judge’s “ripeness” determination is appropriate for a school system that is ripe for innovation — innovation that could start with the charter schools if given the chance.