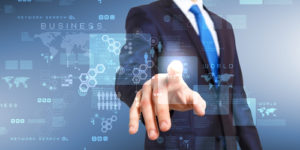 British Columbia is expanding its aggressive tax breaks for high-tech companies, a bid to attract and retain firms working on virtual reality and other futuristic tools.

What happens in BC matters in Washington. The Vancouver-Seattle links are strengthening with business and political support for the Cascadia Innovation Corridor. The University of Washington and University of British Columbia have launched an urban data center initiative. The expanded sense of opportunity and Cascadia identity attracted the attention of the New York Times, which wrote,

Seattle and Vancouver are like fraternal twins separated at birth. Both are bustling Pacific Northwest coastal cities with eco-conscious populations that have accepted the bargain of dispiriting weather for much of the year in exchange for nearby ski slopes and kayaking and glorious summers.

…Now the political, academic and tech elite of both cities are looking for ways to bring them closer together, with the aim of continuing the growth of two of the most vibrant economies in North America.

So it’s worth noting when the political leadership of British Columbia endorses tax policies as a spur to economic vitality. The Seattle Times reports,

Vancouver and province officials have ramped up their own support for industry in recent years, an effort to raise the profile of a technology center that has long been in the shadow of Silicon Valley and Seattle on the West Coast.

The province has cut small business taxes and extended a major scientific research and development tax credit, plus a new government-sponsored $100 million startup fund recently made its first investments.

…Microsoft Corporate Vice President Julia White, who spoke about the company’s broad technology aims after Clark’s conference address, said on stage that the tax incentives and other government programs were “terrific.”

“I give a lot of credit to the local government” for the region’s rising profile in technology circles, White said in an interview on the sidelines of the conference.

As we have written, the life sciences industry in Washington is seeking the renewal of tax policies that nurtured the industry here.