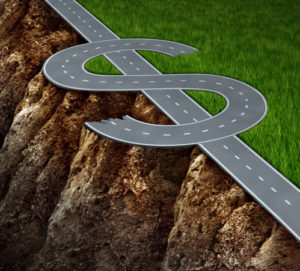 This morning we wrote about Senate passage of compromise “levy cliff” legislation. In the Seattle Times, Joseph O’Sullivan reports,

The Washington House Thursday voted to delay the so-called school-funding “levy cliff,” a measure sought for months by Democrats and many school districts worried about a looming revenue drop next year.

The 87-10 vote to approve Senate Bill 5023 in the House follows Wednesday evening’s approvalin the GOP-controlled Senate and comes after months of debate in Olympia over K-12 education funding.

Gov. Jay Inslee said he would sign the bill when it arrives on his desk.

And that should be that. Now, back to the big job. Some major education advocates had pushed for the delay as a way to give them some funding certainty in the coming school year.

For example, the AP reports,

… school districts have said they need to start planning budgets now, and absent an approved budget plan from the Legislature, which is about halfway through the 105-day legislative session, they needed to know that they wouldn’t face what was referred to as a “levy cliff” next year.

And, from the same story.

Jessica Vavrus, governmental relations director for the Washington State School Directors’ Association, said that the measure allows districts to keep current staffing levels and programs as they start to prepare their budgets for the 2017-2018 school year. She said the state’s 295 school districts faced losing about $470 million next year if the measure wasn’t passed.

“Passage of the bill does not take the pressure off of finding a longer term solution to basic education funding,” Vavrus said in a statement. “In fact, school districts can now fully engage in the budget discussions underway in the Legislature, without the distraction of the levy cliff looming.”