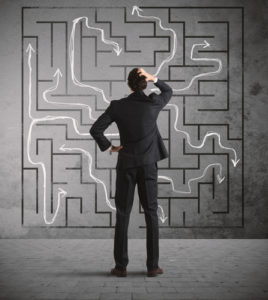 Four different approaches to satisfying the state Supreme Court’s order to fully fund basic education are theoretically in play in Olympia. Which is another way of saying no plan has yet to achieve bipartisan support in both chambers.

For those tracking the activity, the Washington Research Council has published a policy brief comparing the proposals. It’s a detailed side-by-side analysis. As the Council concludes, there are major differences and issues to be resolved.

The House-passed bill was proposed without a revenue source to fund the new spending. Meanwhile, although the Senate-passed bill would make use of a levy swap, it would also partially rely on finding savings in the budget. Eventually legislators will have to decide where to find the money. As with all policy proposals, the fate of the McCleary plan (whatever it ends up being) is inextricably linked to the biennial budget negotiations.

And Austin Jenkins, with the Northwest News Network, reports the budget endgame may be months away.

So far Senate Republicans have passed a property tax swap plan. House Democrats have passed a plan that calls for billions more for education, but they haven’t identified the sources of that funding.

Right now it feels like moves on a chess board and in terms of a final deal both sides are still very much far apart. I think you’re going to see a combination of serious policy work, political gamesmanship and eventually probably serious negotiation.

But I don’t think anyone here thinks they’re going to get a deal by the last day of session, which is April 23.

Among the issues likely to complicate the budget discussions is the expenditure adjustments required to make the Senate plan work without new taxes. According to Crosscut,

After an unusual back-and-forth over how to measure funding levels, nonpartisan state analysts last week released figures confirming that the cost of a key Republican education proposal runs close to $1 billion higher than the original estimates. The early figures showed the plan as requiring about $1.5 billion in savings or cuts from other parts of the budget to pay for increased state funding for schools, but the new estimates show that number is closer to $2.5 billion.

The article reports several ideas are under considered, including this.

Sen. Hans Zeiger, R-Puyallup, said that he thought much of the necessary money might be able to come from simply forestalling funding increases to existing programs, without making deep cuts. Zeiger was central to the original formulation of the plan.

One idea that few are willing to champion are the new taxes proposed last year by the governor, reports the Spokesman-Review.

In a sharp reversal of roles, Senate Republicans voted yes on some $30 billion in higher taxes over the next decade to improve schools, while their Democratic counterparts argued raising taxes should come only after scouring the budget for efficiencies and savings.

What might have seemed to a casual observer as a complete flip on tax policy was actually a bit of partisan theater. The taxes in question aren’t supported by either caucus. They were proposed late last year by Gov. Jay Inslee to pay for his comprehensive overhaul of the state’s public schools and the system that pays for them.

On Day 52 of the 105-day regular session, agreement remains a long way off.