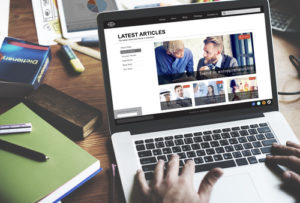 New York Times: Evidence That Robots Are Winning the Race for American Jobs

For every robot per thousand workers, up to six workers lost their jobs and wages fell by as much as three-fourths of a percent, according to a new paper by the economists, Daron Acemoglu of M.I.T. and Pascual Restrepo of Boston University. It appears to be the first study to quantify large, direct, negative effects of robots…

The researchers said they were surprised to see very little employment increase in other occupations to offset the job losses in manufacturing. That increase could still happen, they said, but for now there are large numbers of people out of work, with no clear path forward — especially blue-collar men without college degrees…

Nationally, career and technical education (CTE) isn’t the area with the worst teacher shortage — that’s special education. But two-thirds of states are currently reporting a shortage of CTE teachers in at least one specialty, according to a Stateline analysis of federal data. Many states, such as Minnesota and South Dakota, have had a shortage of CTE teachers for a decade. Some states, such as Maine, Maryland and New York, have had a shortage for almost 20 years.

To address the problem, legislators in Minnesota and other states have pursued changes to teacher licensing that would make it easier for people who work in industry to transition into teaching, or to teach part-time.

American Enterprise Institute (Pethokoukis): Robots rising: Here’s what happens to all those truckers

I don’t know how autonomous vehicles will affect measured productivity data. But they are going to be a pretty big deal, nonetheless. And I doubt too many analysts have thought through potential consequences as thoroughly as Benedict Evans of venture firm Andreessen Horowitz. His recent blog post, “Cars and second order consequences” is a must read on the subject. The first order consequences of electric — and they will be electric — autonomous vehicles are obvious. Fewer highway fatalities and a big drop in demand for gasoline, currently half of global oil production.

But what about the next order consequences? For instance, gas stations go away, but over half of US tobacco sales happen at gas stations, and they’re often an impulse purchase.

The Bureau of Labor Statistics said that manufacturing employment increased for the fourth straight month, with the sector adding 11,000 workers in March. This was an encouraging sign that the recent uptick in optimism in the sector has begun to translate into better job growth, especially when contrasted with the declines in employment seen as recently as last autumn. Indeed, manufacturers lost 16,000 workers on net in 2016 as a whole, the first annual decline since the Great Recession. In contrast to that, manufacturing employment has averaged 16,750 per month since December.

Tax Foundation: How Well Funded Are Pension Plans in Your State

How Well Funded Are Pension Plans in Your State?