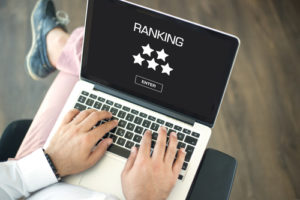 Washington state and the metropolitan Puget Sound region score high marks in a couple of recent national analyses. As the Seattle Times reports, Washington ranked No. 5 overall in a new study by U.S. News and World Reports.

Washington state is No. 5 in a new national ranking of how well states are serving their citizens.

The state got high marks for health care and education, according to the The Best States Report, released Tuesday by U.S. News and World Report. The report noted the high overall educational attainment and low debt at student graduation in the state. Washington’s economy also scored well, with strong growth in its population of young people, the net migration of people into the state and job growth.

Gov. Jay Inslee’s office seemed to be excited about the ranking — and even ordered a custom cake to celebrate, according to a tweet from The News Tribune’s Walker Orenstein. U.S. News and World Report ranked Washington 8th in its “government” category, however.

Here’s the link to the Washington page in the report, including all of the rankings on sub-indexes. Much of Washington’s success on these rankings stems from the state’s relatively strong economy, bolstered by technology and manufacturing. Affordability remains a challenge: The US News report gives the state No. 38 in cost of living and No. 46 in housing affordability, for an “affordability” ranking of No. 41.

Seattle Times business columnist Jon Talton reports on a new Brookings Institution study of metropolitan regions, which ranks the Seattle-Tacoma-Bellevue metro as No. 14 in prosperity from 2010 to 2015.

Productivity advanced by 1 percent, average annual wage by 9.7 percent and standard of living by 5 percent…

Digging deeper, the report found that even though Seattle performed above the average large metro in every category, it was hardly a leader. It ranked 33rd in growth, 14th in prosperity and 21st in inclusion. Over the decade from 2005 to 2015, the rankings were stronger: 16th, sixth and 19th respectively.

Growth includes the size of the economy and entrepreneurial activity. Jobs advanced by 13.4 percent and GDP by 14.5 percent. But jobs at young firms actually fell by 6.8 percent (75th out of 100 metros).

The Brookings report is here. The report notes,

With respect to the decline in employment at young firms in the Seattle area, the analysts write,

Metro areas with strong professional and technical service sectors such as Provo, Austin, Portland (Ore.), and Denver also clocked
large increases, with young rms in Austin and Provo increasing hiring by more than 20 percent. However, the maturation of rms in other strong information economies, such as San Jose and Seattle, may have contributed to declines in the number of jobs at young firms in those metro areas, despite robust overall growth.

While there’s a lively cottage industry in parsing, debunking and debating “best places” ratings, the information remains useful, particularly in understanding the various ways “best ” is measured, reviewing the metrics, and learning how others see us. Perceptions matter.