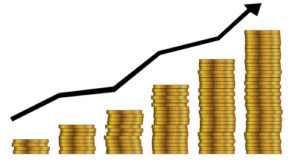 The Senate majority caucus budget plan released yesterday sparked a lot of news coverage. The Senate is expected to pass the budget on partisan lines this week. Then, House Democrats take center stage next week.

The Senate Republican Caucus provides links to the relevant documents and an analysis of how the plan would affect school districts and local taxpayers around the state.

In a news conference, Gov. Jay Inslee criticized the Republican plan’s reductions for teacher mentoring and early education, as well as the rejection of the state employee contracts, which could affect recruiting to fill key positions at Western State Hospital.

“In some sense, it’s hard to take this proposal seriously,” Inslee said.

That’s, of course, similar to what Republicans said about the governor’s budget in December.

Among the points of contention in coming negotiations will be the Senate’s property tax swap, abrogation of collective bargaining agreements, and treatment of programs outside basic education.

As the Times reports,

The additional money for education would come from higher revenue from existing taxes, transfers from other state accounts and cuts to some government programs.

The plan largely rejects the proposed 2017-19 state employee contracts bargained or negotiated last year that include raises totaling about $500 million.

Democrats Tuesday pushed back on the GOP proposal, saying it funds education through an unfair property-tax plan and cuts money to vital state programs.

Braun defended his approach and challenged Democrats to actually pass the taxes they believe are necessary.

In the Spokesman-Review, Jim Camden reports on how the property tax swap would work, as well as other budget detail.

Property taxes would go down in most of Spokane County but rise in Seattle and some other communities under a $43 billion budget proposed Tuesday by Senate Republicans.

The two-year budget plan generates a net increase of about $1.8 billion through a change in the property tax system and adds that to higher-than-expected revenue the state is receiving from other taxes and fees to pay for public school reforms.

It also calls for most state workers to accept smaller-than-negotiated raises while slightly increasing college tuition and enlarging the number of Washington students that state colleges can accept. It cuts about $96 million from Temporary Assistance to Needy Families through a series of changes to eligibility for that major welfare program, and has a net reduction of $48 million from homeless programs.

“We live within our means and we have paid for everything we spend,” said Senate Ways and Means Committee Chairman John Braun, R-Centralia. “We have $3 billion in new money and we prioritize spending that on education.”

The Associated Press also leads with the property tax swap, noting that the increase in state property taxes is offset by a reduction in local levies.

Senate Republicans on Tuesday released a $43 billion two-year budget that puts an additional $1.8 billion toward education, paid for, in part, by a statewide property tax that ultimately would replace local district levies.

The News Tribune reports on the Republican rationale for how the budget handles collective bargaining, indicating that the dispute is both philosophical and fiscal.

“I’m not saying that we don’t value our state employees,” Braun said Tuesday. “We just think that’s a decision that should be done at the Legislature, in the legislative process.”

Braun said approving the largest labor contracts in state history doesn’t make sense when the state is under a court order to fix the way it pays for schools by September 2018.

And in Crosscut, John Stang writes,

It’s unlikely that the House and Senate will have a budget ready by the end of the session. But if everyone is lucky, the two sides might agree on a shared frame of reference and a common way of calculating figures before Gov. Jay Inslee has to call the Legislature into overtime in mid-April with its first 30-day special session.

We suspect that’s right. There’s much more detail in all of the linked stories, with more sure to come in the next few days. For all the back-and-forth, we’re confident negotiations will lead to a responsible McCleary fix and sustainable budget before the fiscal year ends June 30. Along the way, though, it’s likely to be messy.