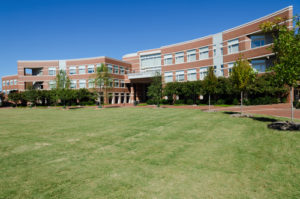 Gov. Inslee last week vetoed part of a bill designed to make it easier for school districts to build new schools and said lawmakers should try to fix the legislation during the special session. The partial veto leaves the bill’s supporters frustrated and in a bit of a quandary.

Gov. Jay Inslee vetoed part of a bill Wednesday that would allow school districts to build outside of urban growth areas. Inslee made an exception for school districts in Pierce County, which he said would ultimately affect one school.

Inslee suggested making changes to the bill that would force school districts to evaluate the land, costs and utility services and environmental impacts before considering expansion.

According to The Lens,

Inslee sought to justify the veto during the signing ceremony on April 26 by citing concerns raised by some Democratic lawmakers that the bill could undermine the GMA’s ability to preserve rural areas.

In his veto letter, Inslee wrote that “any extension of urban services to serve a rural school must be limited to the size and scale needed to support the long-term needs of the school.… In order for schools to be sited outside the Urban Growth Boundary Line, school districts must demonstrate that there is no suitable land available within the Urban Growth Area.”

Inslee told reporters at the signing ceremony that “much of the discussion has, at least facially, talked about the need just to help schools and not be sort of an erosion of the values of the Growth Management Act. I am very confident that we can fashion a way to do that. You just have to make sure the pipe is just big enough to serve the school and not some additional development that would otherwise contravene the value system that is in the Growth Management Act.”

In the Spokesman-Review, Jim Camden reports backers of the legislation are not quite that confident.

But Rep. Bob McCaslin, the bill’s sponsor, said he was disappointed by the partial veto because lawmakers tried for years to come up with a solution and members of both parties worked hard this year to come up with compromises in the final legislation. The veto, the Spokane Valley Republican said, put the governor’s stand of putting children first in danger. Schools around the state won’t be able to modernize and students will remain in portable units, he said…

McCaslin said he’s not sure lawmakers can craft a new compromise, get the bill through committee hearings and a floor vote in both chambers in the time available, and wouldn’t want to do anything to extend the special session.

“I’m not saying I wouldn’t be willing to work on that. We just had a bipartisan solution and the governor vetoed part of it,” he said. “Who’s to say he wouldn’t veto any changes?”

On its passage, the Washington Research Council wrote,

As we’ve written previously, some school districts, facing an influx of new students and/or new state requirements for smaller class sizes and expanded curricula, are bumping up against the state’s strict land-use regulations and cannot find adequate affordable space. This bill would give them flexibility to build a school in a “rural” area if they cannot find appropriate land in the “urban” area (as many school officials have testified, the GMA’s designations of “urban” and “rural” can be indiscriminate).