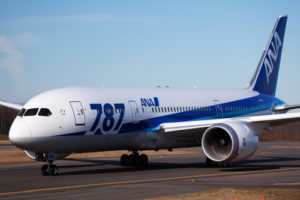 Another downside to special sessions: bad bills that had little support in the regular session can come back to life, even if only briefly. Yesterday, the House Finance Committee heard two such bills. As the Seattle Times reports,

The House Finance Committee heard public testimony on … a tweaked version of bills introduced in previous years that never gained traction in the Democratic-controlled House, but have received renewed interest after another round of Boeing layoffs was announced last month.

The bills, HB 2145 and HB 2146, both represent a legislative attempt to rewrite the aerospace tax incentive legislation passed in 2013 by tying the incentives to overall Boeing employment in the state. The Times summarizes,

[HB 2145] would require Boeing to meet an annual employment baseline of 70,000 jobs in the state to qualify for its preferential business-and-occupation tax rate…

Under [HB 2146], if the company did not maintain a seven-year average of 75,000 positions, the preferential tax rate would expire in mid-2024. Any money recouped would go to career and technical education, a new worker readjustment program and a small business tax credit account.

Earlier this year, we wrote of such efforts, that Boeing has done everything the incentive legislation required of it, that the company and the aerospace cluster provide enormous economic benefit to the state, and the cost associated with the incentives has been substantially overstated. We concluded,

No one is seriously arguing that The Boeing Company has failed to do what it promised today. What some legislators and union leaders are attempting to do is change the terms of an agreement after the fact. That’s quite different and, as we’ve written, sends a troubling message. If anyone can be accused of breaking their promises, it would be lawmakers seeking a retroactive rewrite of the incentive legislation.

Earlier, we noted a Seattle Times editorial calling on lawmakers not to tinker with the incentives. The editorial said,

Benefits of the state investment can be seen in Everett, where Boeing has now spent more than $1 billion on its facility for building advanced, composite wings for the 777X.

This work involves a constellation of suppliers. It also expands the cluster of companies and expertise working with advanced composites in Washington.

That cluster, the jobs it supports and the future opportunities it creates should continue, regardless of what happens with the WTO.

Bill McSherry, vice president of government operations, said that any change to their tax incentives “would prevent Boeing from being able to respond to future market challenges.”

“Subsidized foreign competitors and fewer widebody purchases across the industry have resulted in significant competitive pressure on every order,” he told the panel. He also noted that the company recently had to readjust expected production of the 777 from eight planes each month to five.

“Sadly, rate reductions generally result in job reductions and this year is no different,” he said…

Reviewing the company’s investments in the state, McSherry continued,

“Boeing has kept its word to Washington,” he said.

Competition is fierce and it’s intensifying. Boeing’s made a major commitment to Washington state. And both of the bills before the committee today will increase Boeing’s costs of doing business, harm Boeing’s competitiveness and ultimately hurt Boeing employees and Boeing’s future in Washington state.

The Washington Research Council wrote in a recent report on tax policy and economic vitality,

Studies had shown that the tax burden imposed on aerospace in Washington prior to the 2003 package was extremely high. These tax reductions simply bring this state’s tax treatment of the industry more into line with competitor states. The governor stated that the aerospace tax policy continued in 2014 will bring $20 billion in new tax revenue to Washington state by 2042, according to projections from the state Office of Fiscal Management (OFM) at the time. Meanwhile opponents have cited huge “costs” to the state—$8.7 billion—for these tax preferences. This projection is based upon a questionable assumption: that the future level of business activity in Washington state for the recipients is independent of the preferences.

Government policies in Washington or other states, the future macro economy, potential competitors, and a number of other factors could affect business activity here. Projections about tax revenues— gains or losses—as far away as 2042 should be taken with more than a single grain of salt. What is clear, however, is that the adopted policy had the desired effect of securing the aerospace cluster in Washington for the foreseeable future.

There’s more. And we urge you to read the WRC report. Again, we conclude, Washington has enjoyed a robust, positive return on its investment in sound tax policy. Rewriting the rules after the fact would jeopardize that return and call into question the state’s credibility and reliability for any business considering expansion or relocation here. It would be an expression of bad faith and an enormous public policy risk.