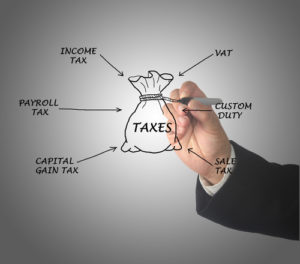 With the clock running down on the regular legislative session, there’s still little agreement on whether and how much taxes need to be increased to fund basic education. Proponents of new revenue have suggested carbon taxes, capital gains taxes, repealing exemptions, and a host of other funding streams. Legislation has even been proposed to tax the sale of electronic personal information. But, so far, nothing appears to have captured substantial legislative or public support.

As we wrote earlier, the Senate Ways and Means Committee moved the governor’s proposed tax package forward. AWB reports it stopped there.

In another tax move, a motion was made to move Senate Bill 5111 (instituting a capital gains tax) Senate floor but failed to achieve the necessary two-thirds votes to bring the bill to the floor for full debate. The vote was 25-22. While the actual vote on SB 5111 was on a procedural motion, the stated goal of bringing up the bill was to demonstrate whether Senate Democrats had enough votes to support the governor’s tax bill.

There will be other votes, but there’s little apparent enthusiasm so far.

One reason: Taxes have consequential effects. As we wrote earlier, the life sciences industry here has been negatively impacted by the loss of key incentives.

And, while there’s a lot of great analysis — see, for example, this article on business taxes and this one on capital gains taxes – sometimes analysis requires a face, a personal story. And AWB delivers with this video.

From the AWB report on the video:

When Dave Hooke looks to sell his Spokane restaurant, Senor Froggy, he and his wife will finally recoup the investment they poured into their business for 37 years. That’s money that they didn’t put into a retirement plan. Selling their business is their retirement plan, he said in a new commercial that aims to expose the costs to entrepreneurs of proposed capital gains taxes.

“Small-business owners like us don’t get pensions or 401(k)s,” Hooke said. Proceeds from the eventual sale of his business aren’t “windfall profits,” he said, “it’s the retirement we spent our lives building.”

An appreciation of the consequences of various proposals will understandably cause lawmakers to weigh their tax plans carefully.