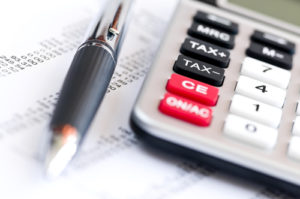 Capital gains tax proposals continue to draw some attention during the legislative special session. As we wrote earlier today, they also received some attention Friday evening, when they were brought to the floor of the state Senate and rejected 0-48.

The Seattle Times recently carried pro and con op-eds on the subject. Writing the con statement, Jason Mercier points out one of the major challenges faced by proponents of the capital gains tax.

The state constitution says that property must be taxed at a uniform rate, and the state Supreme Court has ruled repeatedly that income is property. In addition, voters have five times rejected constitutional amendments to allow a graduated income tax, and four times they have rejected proposals to call an income tax an “excise tax.”

Because of this history, income tax supporters are trying once again to sell the people an income tax wrapped up in excise tax clothing.

Perhaps recognizing that the “excise tax clothing” doesn’t fit so well, the authors of the pro statement try a novel argument, treating the capital gains tax as a loophole-closing measure.

A simple solution, which has been embraced by 42 other states, would be to encourage our state lawmakers to close the tax break on the sale of stocks, bonds, and other high-end capital gains.

Except, as Mercier points out, that “simple solution” is really just an income tax.

Those states that tax capital gains do so through their income tax codes.

For a thorough analysis of the capital gains tax proposals under consideration (to a greater or lesser degree) in Olympia, we recommend this Washington Research Council report.

The WRC expands on the “excise tax” approach legislative proponents have taken, writing of the two bills introduced in the regular session,

Both bills describe the capital gains taxes to be excise taxes “on the privilege of selling or exchanging long-term capital assets.” For all intents and purposes, these taxes would appear to be income taxes. However, if the capital gains taxes are income taxes, the rates, 7.9 percent for Gov. Inslee and 7 percent for the House Democratic Caucus, would run afoul of the state constitution, which sets a 1 percent cap on the tax rate that can be applied to income.

By describing the taxes as excise taxes, the two proposals are trying to dance a narrow line drawn in two 1933 cases by the Washington Supreme Court. In the first of these cases, Chase v. Cullen, the court ruled that income is property and therefore that an income tax is subject to all the restrictions which the state constitution imposes on property taxes. In the second case, Stiner v. Yelle, the Court ruled the precursor to business and occu- pation tax to be a constitutionally permit- ted excise tax on the privilege of doing business rather than an unconstitutional property tax on the business’s income.

The unanimous defeat in the state Senate doesn’t mean the capital gains debate is over. As the Associated Press reports,

On Wednesday, the Senate Ways and Means Committee is holding a hearing on a Republican version of the overall House tax proposal. Braun said that while he doesn’t anticipate the Senate taking another floor vote on the taxes, the point of the hearing is to counter Democrats’ assertions that if they passed their tax bills out of their own chamber they would just languish in the Senate.

Further, the S-R reports Senate Democrats who voted against the tax Friday haven’t closed the door.

But Senate Minority Leader Sharon Nelson, D-Maury Island, called the vote a “political stunt” and said Monday that even though the taxes failed on Friday they could have support if they are necessary to pay for something in a negotiated budget.

The WRC report concludes with what might be the most compelling short-term argument against passing a capital gains tax to meet budget obligations this biennium.

The legislators are under pressure to find additional revenue to fulfill the state’s obligation under the McCleary decision to fully fund education by September 1, 2018 . Because their constitutionality is questionable, the capital gains taxes proposed by Gov. Inslee and the House Democratic Caucus are not good sources for such revenue, as they would be tied up in court for several years.

Adding a capital gains tax to the mix would make the state’s revenue stream more volatile. The additional volatility would surely increase fiscal stress on state government (and schools) in the next economic downturn.

Here’s a link to the revenue bill scheduled for Wednesday’s Senate Ways and Means hearing. It includes the capital gains “excise” tax.