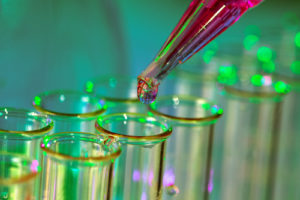 Leaders in the state’s life science industry have called on state officials to renew important incentives in the face of an employment downturn. The Seattle Times reports,

The state’s life-sciences industry, which includes biotech, medical device and global health companies, lost 900 jobs between 2011 and 2014, according to a study released Thursday from TEConomy Partners. The study was commissioned by the Washington Life Science & Global Health Advisory Council, a group established by Gov. Jay Inslee to study how the industry could become more competitive with other regions…

Industry leaders point to legislative changes they say have negatively affected the industry: research-and-development tax credits that the Legislature let expire and its elimination of the Life Sciences Discovery Fund. The study says the decline in jobs coincides with the programs’ expirations.

In our foundation report, we wrote about how Texas industry experienced a similar downturn following loss of the R&D incentives.

For years, Texas was among the majority of states that offered an R&D tax incentive, but ended it in 2007. In 2014, Texas lawmakers restored the incentive. Each year the state did not offer the incentive it lost an estimated $3 billion in economic activity and more than 20,000 jobs.

We stated that the lack of an R&D incentive in Washington put the industry in the state at a competitive disadvantage. The data strongly suggest that the disadvantage has had the predictable effect of job loss and stagnation.

GeekWire also reports on the new industry study (with links to the report).

A new report commissioned by the Washington Life Science & Global Health Advisory Council shows that the industry lost 3 percent of its jobs between 2011 and 2014 in the state. In a contrast, the national life science industry saw job growth of 2.7 percent in the same time period.

The new job data shows a reversal in the trend of strong job growth in the previous decade, which was faster and more dramatic than the nation as a whole and fared well during two economic crises. It’s also a stark contrast to the skyrocketing growth of employment in Washington’s technology industry.

The report blames this downturn on an erosion of state programs meant to support the life sciences industry, including the end of the state’s research and development tax credit and the elimination of multiple state funding programs.

“We have a medium-sized cluster here, which is quite success- ful,” Sjoblom says, anchored by the University of Washington and Fred Hutchinson Cancer Research Center, and including a number of public and private research groups. The WRC found the sector directly employs more than 36,300 people, the state’s fth-largest employment sector. Nearly 900 life science employers are located in 92 cities across the state. These high-wage positions — cancer researchers, biologists, statisticians, chemists — make significant contributions to the local economies in which they participate.

The Washington Research Council also examined the importance of R&D incentives in a 2014 special report.

Several studies have demonstrated that R&D incentives are effective in increasing the amount of R&D in a state. For example a study by economist Daniel Wilson of the Federal Reserve Bank of San Francisco found that a 10 percent decrease in the cost of doing R&D in a state increases the amount of R&D done in the state by 25 percent.

The WRC recommended a multi-year extension of the incentives.

Seattle Times business columnist Jon Talton wrote in 2014 about the Legislature’s decision not to extend the incentives.

It is not true that the recent session of the Washington Legislature failed to accomplish anything.

In fact, legislators delivered a sledgehammer to state competitiveness by killing the nearly 20-year-old research and development incentives that have helped Washington keep up with rivals worldwide.

Among the many decisions facing the 2017 Legislature, then, is what lawmakers will do to support the life sciences industry. A clarion call has been sounded.