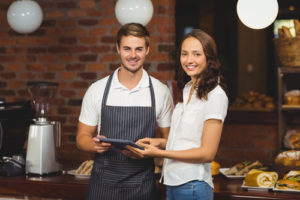 An article in the Harvard Business Review carefully examines the effects of minimum wage increases on the restaurant industry. Unsurprisingly, it’s not insignificant. For those with an interest in unintended consequences (or consequences proponents don’t care much about), we recommend using the free download to read the paper. Although we acknowledge we’re too far away from our statistics classes to follow the equations, we do understand this:

In a city where middle-income residents already face substantial affordability problems, those now also face greater challenges finding a place where they can afford to go out to dinner. The restaurant owners who cater to those residents now find themselves less able to survive in a competitive environment. And their employees, including many entry-level workers trying to get a leg up, find themselves unemployed.

Consequences of paid leave policies may also turn out to be surprising. The Washington Research Council offers a good overview of the rule-making associated with I-1433’s paid leave requirement.

L&I’s rulemaking cover letter notes that it “tried to align the I-1433 draft proposed rules with Seattle, Tacoma, Spokane and Oregon’s rules to provide some consistency for those stakeholders who have to comply with and use rules from multiple jurisdictions.”

The cover letter also states that

some of the rules for I-1433 are likely to be significant legislative rules – where the department exercises its discretion to establish a rule requirement that is an increased requirement for employers and could result in a penalty. For these rule changes, the department will perform a cost-benefit analysis and, if applicable, a small business economic impact statement.