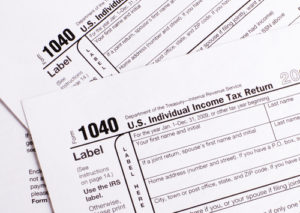 Washington has neither a personal nor a corporate state income tax. Voters have repeatedly rejected it, since last passing it in 1932. Yet every few years, it seems another attempt to adopt one comes along, as we noted last week.

Senate Joint Resolution 8204 failed in the Republican-led chamber because 27 senators voted in support, short of the 33 votes needed.

Constitutional amendments require a two-thirds vote in the Senate and House before they can be sent to the ballot for a public vote.

The supermajority in favor of SJR 8204 in the Senate was always unlikely. In the House, its chances would have been vanishingly thin.
But it does give us a chance to call attention to a new Tax Foundation report that points up some of the challenges faced by states with income taxes. As Congress considers federal tax reform, income-tax states have to contend with changing rules.
Tax policy wonks may be interested in the entire report. Here are the “key findings” as stated by the Tax Foundation:

There’s very little that’s simple when it comes to tax reform. In this area, at least, Washington’s tax structure makes the state a less affected by the contemplated federal action than many other states. You decide whether you think that’s good or bad.

UPDATE: More on the state Senate vote at The Lens.