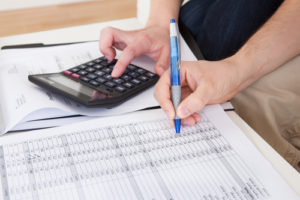 On a party-line vote, the House passed the Democrats’ proposed McCleary fix, albeit without an associated funding plan. Melissa Santos reports in The News Tribune,

The Washington state House approved a plan Wednesday to fix the way the state pays for public schools, but without approving the taxes Democratic leaders say will be necessary to pay for it.

The measure, which cleared the House on a 50-47 vote Wednesday, is Democrats’ preferred way to respond to a state Supreme Court order requiring lawmakers to fully fund public schools.

It differs from a rival plan favored by Republican leaders in the state Senate, which would impose a new statewide property tax to replace local school district property tax levies.

In the McCleary case, the high court has called on the Legislature to end the use of local levies to pay school employee salaries, which the court has said are basic education costs that should be paid by the state.

The passage of the House plan Wednesday sets up what is expected to be a long negotiation toward a final McCleary solution.

In a press release, House Republicans criticized the House legislation,

“We are discussing a bill that would cost billions of dollars, and if the intent is to use taxes to pay for it, then Washington taxpayers deserve to know where the money is going to come from,” said [Rep. Paul] Harris, R-Vancouver. “There has yet to be a vote taken or even scheduled on any legislation that would fund this plan. If the majority party does not have the confidence to bring the funding pieces forward and show us they have the votes to pay for it, then I am confident this is not a meaningful plan.”

Democratic leaders have said they’ll look to a variety of new revenue options — including taxing capital gains from the sales stocks and bonds, as well as taxing carbon emissions — to cover their plan’s costs.

…Unlike Republicans, Democrats have said a McCleary solution isn’t possible without new revenue.

The plan put forth by the GOP-led Senate majority wouldn’t require new taxes, Republican leaders have said. But it would rely on about $800 million a year in unspecified savings, which GOP leaders have said can be found in the state’s existing budget.

While earlier estimates suggested the GOP plan would cost about $5.3 billion over the next four years, the numbers released Wednesday by nonpartisan staff estimate the plan would cost closer to $6.9 billion during that timeframe.

Still, Senate Republican leaders say many Washington homeowners will see their property taxes go down under their plan, due to how it would simultaneously reduce local school district levies.

We wrote of the likely upward revision last week. Joseph O’Sullivan reports in the Seattle Times on the new estimates.

State Senate Republicans have released revised numbers for their proposal to fully fund the state’s K-12 school system — and they show that many Seattle-area homeowners would see a big property-tax increase…The revised numbers come about two weeks after legislative staff discovered problems with the GOP plan.

…The revised numbers correct for “a significant understatement error in the original calculations” on student-enrollment numbers, according to an overview of the revisions.

That factor accounted for most of the difference in the new numbers, said Sen. John Braun, R-Centralia, the chief GOP budget writer. Braun said the changes are “an improvement” to the original bill and are not unusual in something as complex as education funding.

In addition to changes in the property tax shift, O’Sullivan writes, the new estimates will require further budget adjustments.

The new GOP plan also increases the amount of money that Republicans are seeking from elsewhere in the budget to fund education. The plan now calls for finding $1.7 billion in existing tax revenue over two years to help fund K-12 education, according to Braun. In the original they were seeking $1.4 billion in that time frame.

While we and others have written that all of the pieces are in place for McCleary negotiations between the chambers, the funding uncertainties remain a significant roadblock to serious discussion. This may be the end of the beginning, but there’s a long way yet to travel.