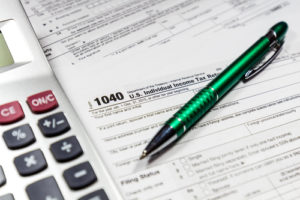 The Seattle Times reports this morning that in the state’s largest city.

But the campaign is also an attempt to test whether an income tax can be allowed under Washington state’s constitution, Wilson said Monday. If Seattle were to adopt such a tax, the measure almost certainly would be challenged in court.

“We’re looking at what’s going on at the national level with Trump throwing executive orders around and seeing what sticks,” said Wilson, whose organization wants to see the city and Washington state move to more progressive taxes.

The coalition shares supporters with the group that promoted the Olympia income tax, including the Economic Opportunity Institute, which has actively boosted the municipal income tax as a vehicle to spark the court challenge. A prominent constitutional expert advised officials in Olympia that municipal income taxes would likely be struck down.

In a study session with the Olympia City Council yesterday, Hugh Spitzer, a legal scholar who served as vice chair of the Tax Structure Study Committee in 2002, said the effort would not likely pass constitutional muster with the state Supreme Court.

According to the Olympian newspaper,

Spitzer sees the Olympia proposal as a “test case” that will attempt to address the constitutionality of the state’s ban on an income tax. However, he predicts that a court will rule that code cities such as Olympia cannot tax individual income.

“People will wind up being quite disappointed,” Spitzer told the council.

And, as we wrote last fall, former state Supreme Court chief justice Gerry Alexander and Olympia Mayor Cheryl Selby made the case against Initiative 1 in an op-ed identifying significant flaws in the measure. We suspect those flaws are inherent in any attempt to impose a local tax not permitted by state law. But Seattle voters may be more willing to risk it than voters in Olympia.

Here’s how the Times describes the tax, which differs substantively from the Olympia proposal, which was a more straightforward high-earners income tax.

The Trump Proof Seattle coalition — whose more than two dozen members include the King County Labor Council, Puget Sound Advocates for Retirement Action, Seattle Education Association and the Tenants Union of Washington State — is most strongly considering a 2.5 percent tax only on unearned income, Wilson said.

It would apply to households with adjusted gross incomes of more than $250,000 a year.

Roughly 5 percent to 10 percent of Seattle households fall into that category, according to the coalition.

Unearned income would include capital gains, interest and dividends but not business income, rental income, stock options and sales of primary residences.

The Times story provides additional context and history, worth reading. The city may also be seeing a push for a new property tax levy and a soda tax. It’s shaping up to be an interesting year in fiscal politics.