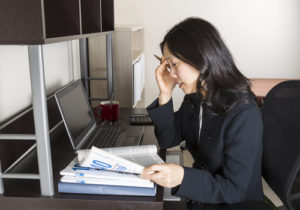 It’s an often unhappy fact that important public policy issues can also be complicated MEGOs (my eyes glaze over). So it is with elements of tax policy. So if the new Washington Research Council brief, “Washington’s Steady Move to an Economic Nexus Standard for Taxes” doesn’t immediate grab your attention, you’re probably not alone.

But the issues it examines matter a great deal, both to lawmakers and to businesses. Here’s how the WRC frames it:

Simply, “nexus” means a connection. In tax law, nexus establishes jurisdiction. States are constrained by the U.S. Con- stitution as to which out-of-state businesses they may tax. Washington has recently been moving from a physical presence test to an “economic nexus” test (based on a company’s market in the state) to determine when out-of- state businesses owe Washington taxes. Additionally, many policymakers would like to be able to require remote sellers to collect taxes on retail sales made over the Internet—something that is currently proscribed by constitutional interpretation.

Several proposals have been introduced this session. The money involved is not trivial; neither is the likelihood that the issue could end up before the U.S. Supreme Court.

The adoption of economic nexus stand- ards and laws requiring remote sellers to collect sales taxes are attempts to make more economic activity taxable by the states. The law is unsettled, but the pro- liferation of different state laws may push the U.S. Supreme Court to weigh in sooner rather than later.

If all of these changes are upheld (particularly those on remote sellers col- lecting sales tax), revenues in Washington could increase by several hundred million dollars a biennium. But it’s not clear that they will be upheld, or when. Given these uncertainties, Washington budget writers should not rely on the potential new revenues.

It’s a thoughtful piece. And the concluding recommendation is prudent fiscal policy.