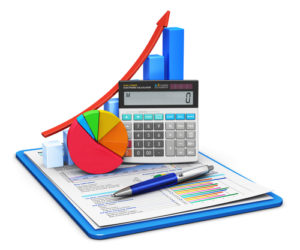 That’s a key conclusion from a new report, Using Tax Policy to Promote Economic Vitality, released today by the Washington Research Council. The report comes as the Legislature begins its public budget discussions, with the unveiling of the Senate majority coalition’s budget.

As lawmakers wrestle with how to fund the state’s basic education obligation under the state Supreme Court’s McCleary order, it’s important to understand how tax policies influence the investment decisions of businesses.

Remaining prosperous requires constant vigilance and attention to the cost of doing business. A large percentage of Washington’s tax revenues comes from businesses, which makes it especially important that we adjust the code so that it treats businesses in a fair and pro- ductive way. The vast majority of these tax preferences simply serve to level the playing field for the state’s businesses and to improve tax policy…

Tax adjustments are a valuable policy tool that allows state government to reduce inequities in the tax system and create incentives, both of which make Washington more competitive in the world and among the fifty states. These policies maintain and attract new high- quality jobs, which in turn multiply into more jobs in the economy, while drawing tax revenues to the state which might otherwise go elsewhere.

The large number of national firms that have originated and first thrived here attests to a success formula that includes entrepreneurial vision, a productive workforce, and a tax code which, while not perfect, fosters business and job for- mation leading to substantial economic growth.

The report provides an clear overview of Washington’s tax policies, including an examination of the revenue department’s Tax Exemptions Study, comparative analysis of the state’s tax overall and business tax burdens, and brief discussion of major tax policies affecting manufacturing and R&D machinery and equipment, research and development, data centers, and aerospace.

This is complex stuff, well explained. And well worth the attention of lawmakers in the weeks ahead.