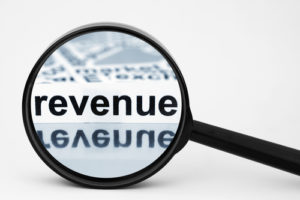 As the Legislature passes the midway mark in the first special session, with little public activity, they may have time to reflect more on tax policy. Last week we wrote about a House hearing on tax incentives. While that legislation is unlikely to go anywhere, the impulse for to characterize tax policies with which which they disagree as “loopholes” is a perennial.

So policymakers and pundits should welcome a new paper by Heather M. Field, a professor at the University of California Hastings College of Law. A Taxonomy for Tax Loopholes should retire the term. While she focuses on federal tax policy, the analysis flows neatly to state capitols. From the abstract (footnotes removed throughout),

Democrats, Republicans, media commentators and even academics denounce “tax loopholes.” Speakers may think that they are talking about the same things, but this article demonstrates that people have widely divergent views about what tax loopholes are. Thus, people criticizing loopholes often talk past each other and engage in the tax equivalent of schoolyard name-calling. The response to this problem is not, however, to try to define the concept of “tax loopholes” with precision. Such an endeavor is pointless. Instead, this article provides a taxonomy for translating the rhetoric of “tax loopholes” into meaningful tax policy discourse.

Over the 55-page article (we admit we skimmed; it’s often dense and academic), Field explores the research on the issue, examines common and diverse ways people write and speak about “loopholes,” and concludes efforts at a precise definition are “futile.” Still, she finds some general agreement in usage.

First, most references to “loopholes” are pejorative and intend to express criticism. There are limited circumstances in which references to “loopholes” have positive connotations. This occurs, for example, when someone is trying to sell a tax benefit (or materials that provide the key to obtaining the tax benefit) to taxpayers. And occasionally, the term “loophole” will be used with “a dash of admiration” for the tax adviser who figured out how to obtain the particular tax benefit. Nevertheless, most uses of the term “loophole” bear negative connotations…

One aspect of the discussion that will be familiar to anyone following the Washington budget discussions, with frequent vague references to “hundreds of tax preferences” representing “billions of dollars” of foregone revenue. In a recent report, the Washington Research Council examined such arguments.

Over the years, some have argued that the state could painlessly raise a great deal of money by “closing the loopholes” catalogued in the study. The 2016 edition of the study identifies 694 tax preferences and esti- mates that they will save taxpayers $54.1 billion in state taxes during the 2017–19 biennium. However, the DOR study notes that eliminating the provisions— many of which are voter-approved, pop- ular, and consistent with good tax policy (the sales tax exemption on food for ex- ample)—would only yield the state $30.1 billion in additional revenue. It cites four reasons for this discrepancy: (1) elimination of property tax exemptions would result in lower tax bills for other property owners rather than higher revenues to the state; (2) constitutional prohibitions would prevent taxing certain activities; (3) taxpayer behavior would change; and (4) compliance factors would reduce actual tax receipts.

Notably, none of those preferences has been seriously proposed in recent years, though there has been some discussion about extending the sales tax to services.

Fields writes that it’s important to clarify what’s being discussed.

The benefit of the taxonomy, however, at least for purposes of translating individual “loophole” references into actionable and substantive discussion, also requires the identification of the specific tax preference to which the speaker objects. Too often, however, speakers rely on “mystery meat,”referring to generic loopholes and relying on exhortations that they will (or others should) “close tax loopholes” without identifying those purported loopholes with any specificity, even when expressly requested to provide details. These references to generic loopholes, even if coupled with the articulation of specific policy concerns and the explicit identification of responsible parties, stymie meaningful discussion because listeners do not know which loophole is at issue. And generic “loophole” references obfuscate, thereby create a sense of artificial agreement among listeners, each of whom might have very different ideas about which “loopholes” create the particular policy concern and can be addressed by the particular party. (Emphasis added.)

We’re not sure the taxonomy works or whether it will be given a chance to work. There’s political utility to obfuscation and “artificial agreement.” Fields appears to agree, as she concludes,

Ideally, this taxonomy can overcome the empty name-calling inherent in the use of the term “loophole” and can advance more policy-based and actionable debate about perceived flaws in the tax system. That hope may not be realistic in the current political environment. But even if the taxonomy fails to change the tenor of the discourse about individual “loopholes,” it can reveal larger political narratives, helping us to learn something about ourselves as a society and about how different groups within our society understand the flaws of the tax system.