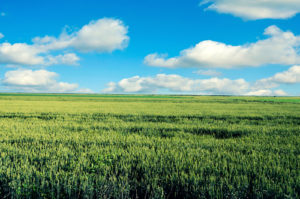 The state Senate has passed E2SSB 5239, a bill that seeks to restore a measure of certainty to rural development, which was unsettled in the wake of a state Supreme Court decision last year. The Associated Press reports,

The state Senate has approved a bill that seeks to reverse a recent state Supreme Court decision involving water rights and the use of domestic wells.

The legislation, billed as a fix to the recent court ruling known as the Hirst decision, would ensure so-called permit-exempt wells could be used for development.

The measure passed on a 28-21 vote Tuesday night after it was amended on the Senate floor. It now goes to the House for consideration..

Supporters say a legislative fix was needed after the Hirst decision prompted some counties to temporarily halt certain rural development and left hundreds of property owners who wanted to build homes in limbo.

In an op-ed in the Daily Sun last month, Rep. Bruce Chandler, R-Sunnyside, wrote of the effects of the ruling, known as the Hirst decision.

In October, the court ruled in its Hirst decision that for counties to comply with the Growth Management Act, they have an independent responsibility to ensure water availability for land-use decisions, instead of the state Department of Ecology.

In essence, it means all counties must ensure, independently of the state, that water is physically and legally available before issuing building permits.

Having this new legal responsibility thrust upon them caused immediate angst for county governments. Many counties don’t have the resources to hire legal and on-site hydrological analysis for every proposed building permit in their jurisdictions.

In some cases, counties have either shut down rural development or have taken steps to pass this responsibility on to landowners, who now must prove each new household well won’t siphon too much water from streams and rivers in order to protect fish.

The court’s decision effectively eliminates the category of permit-exempt wells, a staple of rural development for decades. The ruling makes it much harder — if not impossible — for landowners to dig wells.

Without water, there is no development.

He wrote of the coalition of organization seeking a legislative remedy.

In fact, a coalition of major economic groups in our state, including the Washington State Association of Counties, Association of Washington Business, Community Bankers of Washington, Washington Realtors, Washington Farm Bureau and the Building Industry of Washington, issued a brief to the Legislature. They stated: “The impacts of this decision will be devastating to rural landowners and counties throughout Washington state, many of which have adopted or are considering residential building permit moratoria solely because of the Supreme Court’s decision. The economic losses to rural landowners could easily run into the hundreds of millions of dollars.”

The consensus is the Hirst ruling could very well grind all rural development to a halt and cripple our economies for decades. That’s not hyperbole — it’s fact.

The NW News Network reported on “the war of the wells.”

At the state Capitol Tuesday, demonstrators knocked on lawmakers’ doors to push for new policy on the issue. Michael Fast, who owns a construction company in Tacoma, said the ruling put families who already own land in a precarious situation.

“They’ve put all their money and all their life savings into this piece of property to build their family house on it, and they can’t get a building permit,” Fast said.

We’ve written often about the importance of regulatory certainty, noting in our foundation report:

In discharging its regulatory responsibilities, the state should strive to maintain necessary safeguards while assuring predictable regulatory policies and processes, administrative efficiency, and coordination among agencies at all levels of government to avoid duplication…

While regulations ultimately reflect Washingtonians’ policy preferences, they should be regularly reviewed to see if, for example, the bene ts justify the added costs of compliance.

In the Hirst decision, the state Supreme Court created uncertainty and confusion, limiting development and opportunity. A legislative fix is appropriate.