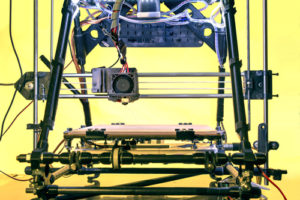 We’ve written  occasionally about how technology – automation, robots – is transforming the economy, with profound labor market implications. The trend is one that reinforces the importance of education, particularly postsecondary training, in making sure Washingtonians can take advantage of the tremendous opportunities being created in the state economy.

The Seattle Times today reports on a breakthrough that illustrates the trend: robots that pick apples.

Harvesting Washington state’s vast fruit orchards each year requires thousands of farmworkers, and many of them work illegally in the United States.

That system eventually could change dramatically as at least two companies are rushing to get robotic fruit-picking machines to market.

The robotic pickers don’t get tired and can work 24 hours a day.

Not everyone is overjoyed.

The eventual loss of jobs for humans will be huge, said Erik Nicholson of Seattle, an official with the United Farm Workers union. He estimated half the state’s farmworkers are immigrants who are in the country illegally.

But many of them have settled in Washington and are productive members of the community, he said.

“They are scared of losing their jobs to mechanization,” Nicholson said. “A robot is not going to rent a house, buy clothing for their kids, buy food in a grocery and reinvest that money in the local economy.”

While financial details are not available, the builders say the robotic pickers should pay for themselves in two years.

We agree with the more optimistic take. And, we add, those who are able to compete successfully for employment in the transformed workforce, will be those who’ve earned postsecondary credentials. Public policy must align with the emerging reality.