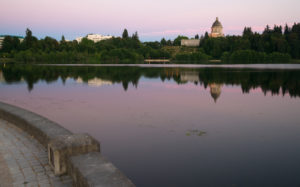 The announcement isn’t news; the situation is far from new. As anticipated, lawmakers failed to reach agreement on education funding and a state budget, which are pretty much the same thing this year.

Gov. Inslee says he’ll call them back on Monday “to get this job done.” (TVW coverage here.)

With the state’s 105-day regular session winding down, lawmakers are quietly negotiating a resolution on K-12 school funding to resolve the state Supreme Court’s McCleary order.

Meanwhile, legislators aren’t even bothering to negotiate over a 2017-19 state operating budget.

The Olympian frames the negotiations stalemate this way.

For weeks, Republicans in Olympia have said they can’t start budget negotiations because House Democrats won’t vote on billions in taxes they’ve proposed to pay for their two-year spending plan.

Now, Democrats are leveling the same criticism at Republicans, saying the Republican tax plan is equally reliant on nonexistent dollars because it would need to go to voters for final approval.

The regular session ends Sunday, but most lawmakers will go home today. Many of them may stay there a while, as the Associated Press wrote this morning.

Democratic House Majority Leader Pat Sullivan said Thursday that a majority of lawmakers would remain in their home districts and that just the budget negotiators would return to the Capitol next week.

The group negotiating policies for public schools, to satisfy the state Supreme Court’s order, will probably meet daily. But there’s no schedule yet for formal negotiations for the state’s operating budget, a spending plan of at least $43 billion that covers most state programs and salaries.

The gap between the proposals of the two chambers, particularly with respect to revenues, will not be bridged quickly.
The editorial board of the Union-Bulletin, anticipating the situation, wrote,

If this drags on until the end of June, it could be a mess — particularly if lawmakers do not use their time wisely. If senators and representatives continue to just hiss at each other for two months and then cobble together a make-do budget that doesn’t satisfy the high court, it will be a failure.

Lawmakers need to get the people’s work accomplished sooner rather than later.

Sooner is unlikely. As Austin Jenkins writes for the NW News Network,

If history is any guide Washington lawmakers will take until the end of the fiscal year pass a final budget. That’s June 30.

Expect a lot more expressions of editorial frustration this weekend.