For many, we suspect, the surprising aspect of the headline is that Washington does not have the nation’s highest combined state-local sales tax rate. Nope, just fourth, although the clustering is close, according to the Tax Foundation. 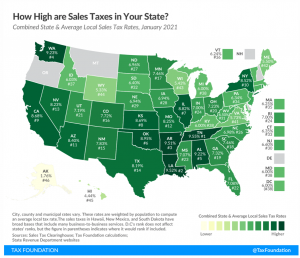 Washington’s not even in the top 5 when the state rate alone is considered.

TF analyst Janelle Cammenga reminds us of some of the positive policy attributes of the sales tax.

Surveys of individuals in other states find that the sales tax is perceived to be the most equitable tax by a majority of survey respondents.

Something to keep in mind in the coming weeks.