Washington State’s 20 percent rate is the highest estate tax rate in the nation, although Hawaii is set to increase its top rate to 20 percent effective January 1, 2020. Eight states and the District of Columbia are next with a top rate of 16 percent. Massachusetts has the lowest exemption level at $1 million, and D.C. has the highest exemption level at $5.68 million.

As the map below shows, most states no longer impose an estate or an inheritance tax. 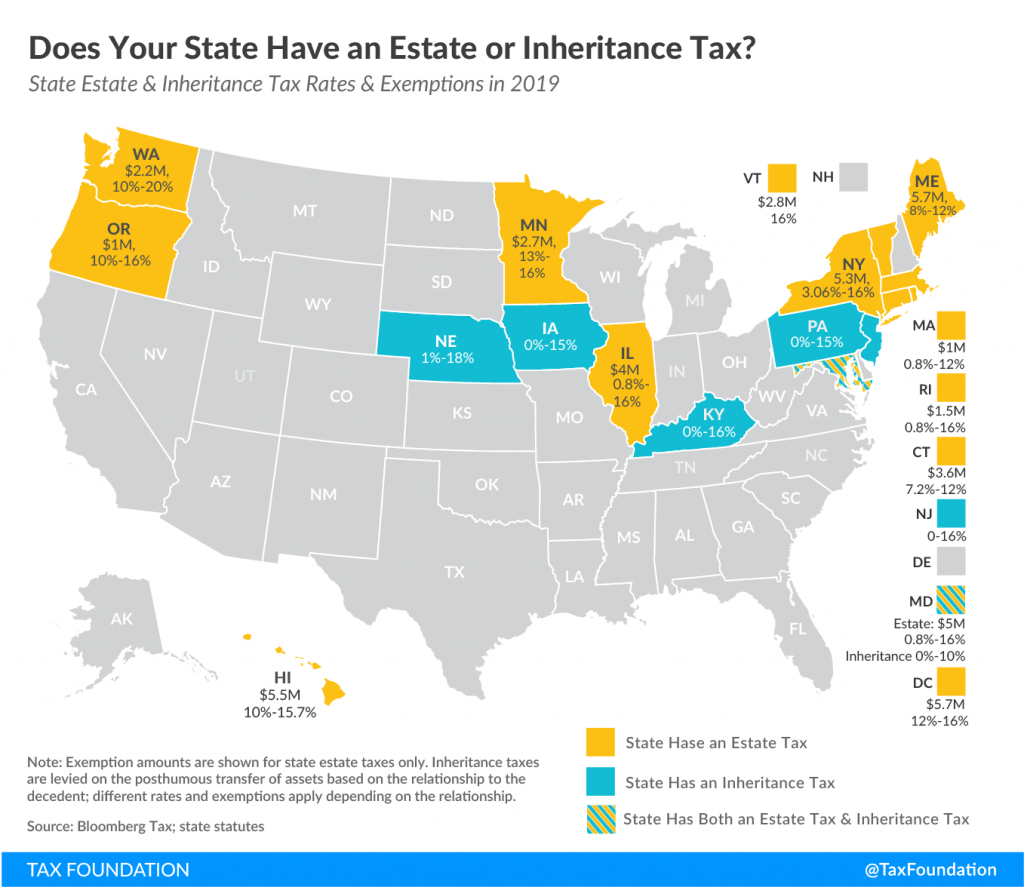 Twelve states and the District of Columbia impose estate taxes and six impose inheritance taxes. Maryland is the only state to impose both.

Why have these death taxes fallen out of favor? She traces the history, and concludes.

Washington was also at the top last year. We wrote about it at the time, adding this:

Last fall, we wrote of a Stateline article finding that most states were choosing to eliminate the estate tax.

In 2001, every U.S. state imposed either an estate or inheritance tax. But that year, the federal government eliminated its income tax credit for such payments — and the repeals began. By 2018, only 17 states will have an estate tax, an inheritance tax or both.

In recent years, Tennessee (2016), Georgia (2014), Indiana, North Carolina and Ohio (all in 2013) also have eliminated their estate or inheritance taxes.

Our state’s tax, we noted, was upheld by the voters some time ago.

Washington lawmakers passed an estate tax in 2005. Initiative 920, a 2006 attempt to repeal the legislation, was rejected 38-62