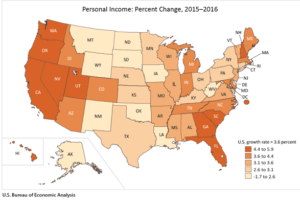 Further evidence of Washington’s strong economy: The Bureau of Economic Analysis, U.S. Department of Commerce, reports Washington had the third-fastest economic growth in the nation.

We think it’s even more impressive than that, considering that No. 1 and No. 2, respectively, were Nevada and Utah. The two states, fine places to be sure, have much smaller economies and populations, making it easier for them to post large percentage gains. 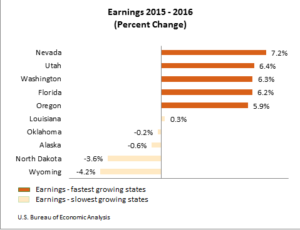 Seattle Times business columnist Jon Talton also reports on the analysis, noting the strength of the information and retail sectors.

Washington turned in the third biggest growth in personal income earnings last year, at 6.3 percent, propelled by gains in information and retail. Oregon was No. 5 at 5.9 percent.