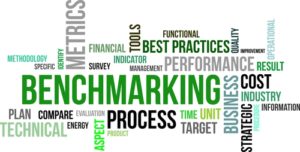 The Washington Roundtable set a clear goal in 2011 when it first published Benchmarks for a Better Washington: Make Washington a top 10 state for quality of life and innovation while ensuring it is not one of the 10 most expensive states in which to do business.

Thirteen measures are used to track performance. In the latest update, Washington cracks the top 10 on just four measures. The state is in the middle on four others. And falls into the bottom 10 on the remaining five.

Our state’s top rankings are in electricity rates (No. 2), private sector job growth (No.  3), patent generation (No. 5), and student achievement in math (No. 7). Check out all the data here.

In critical areas, the Roundtable reports:

The latest update provides timely, useful information for tracking our state’s performance against the rest of the nation. We have room to improve.