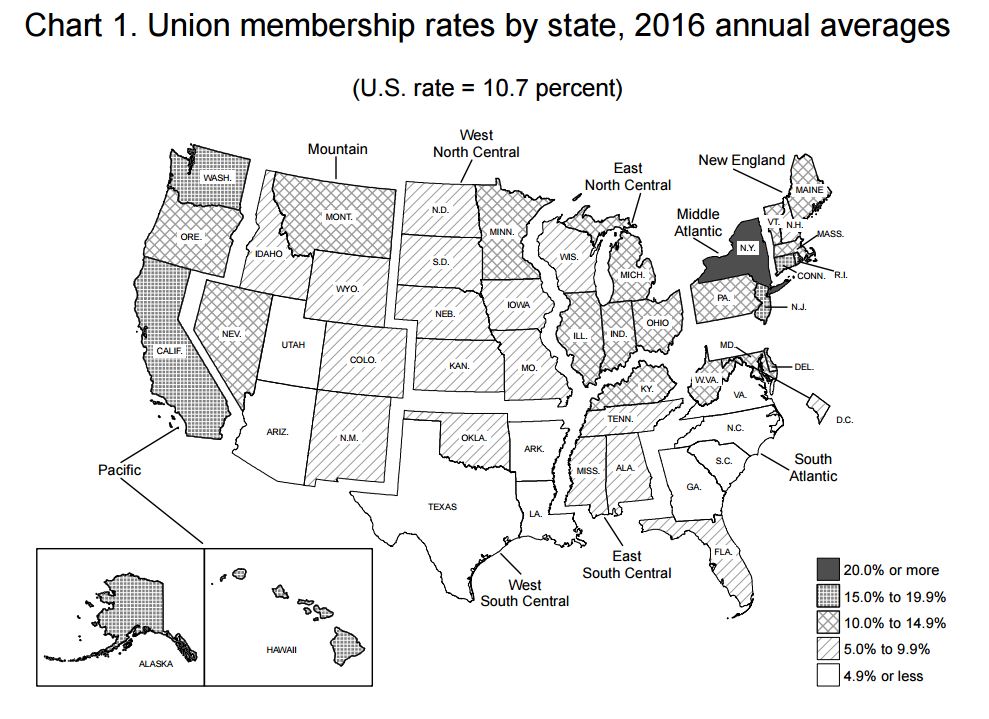 The 539,000 union members in Washington in 2016 amounted to 17.4 percent of the workforce, up from 16.8 percent in 2015,according to a new report from the U.S. Bureau of Labor Statistics. Nationally the trend went the other way.

The union membership rate—the percent of wage and salary workers who were members of unions— was 10.7 percent in 2016, down 0.4 percentage point from 2015, the U.S. Bureau of Labor Statistics reported today. The number of wage and salary workers belonging to unions, at 14.6 million in 2016, declined by 240,000 from 2015. In 1983, the first year for which comparable union data are available, the union membership rate was 20.1 percent, and there were 17.7 million union workers.

In 2016, 7.1 million employees in the public sector belonged to a union, compared with 7.4 million workers in the private sector. The union membership rate for public-sector workers (34.4 percent) was substantially higher than the rate for private-sector workers (6.4 percent). Within the public sector, the union membership rate was highest for local government (40.3 percent), which includes employees in heavily unionized occupations, such as teachers, police officers, and firefighters.

Looked at by total union membership, the BLS notes,